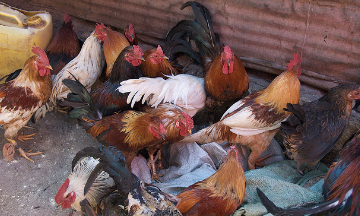 On April 10, Avian Influenza (H5N1) was confirmed in a poultry flock in the County of Wetaskiwin.

The information was posted on the Canadian Food Inspection Agency (CFIA) website on April 11.

The infected premises has been placed under quarantine by the CFIA, who has begun an investigation and will be establishing movement control measures on other farms within the area affected. Avian Influenza is highly pathogenic and presents a significant national concern as wild birds migrate to Canada because of its spread in wild bird populations globally.

For poultry producers and owners with backyard flocks or pet birds, the CFIA website contains resources on avian flu and biosecurity measures.

Bird owners are legally responsible to notify authorities of Avian Influenza and should call a veterinarian or a local office of the CFIA if they suspect their birds are sick with Avian Influenza.

Some or all of the following clinical signs are evident in infected birds:a drop in production of eggs, many of which are soft-shelled or shell-less; diarrhea, haemorrhages on the hock, high and sudden mortality rate, quietness and extreme depression, swelling of the skin under the eyes or wattles and combs become swollen and congested

The incubation period of AI ranges from 2 to 14 days.

The signs of AI (or more commonly known as bird flu) are very similar to those seen with Velogenic Newcastle Disease and other poultry diseases.

Avian influenza should be suspected on the basis of clinical signs.

Laboratory testing is needed to confirm the presence of the avian influenza virus.

Calls regarding possible Avian Influenza can be directed to Ravinder Arora at 403-629-1728 or email Ravinder.Arora@inspection.gc.ca

The County of Wetaskiwin is providing this update as public information and is not directly involved in the notification process, any questions should be directed to the CFIA.