Laurie O'Connor says a lot of minimum wage workers and their families come through the doors of Saskatoon Food Bank and Learning Centre.

At the current provincial minimum wage of $11.81 — the lowest in Canada — they can't afford both food and shelter for their families, she said.

That's why O'Connor is applauding the hikes to Saskatchewan's minimum wage announced Tuesday by the provincial government.

"I think it's an excellent start. It's very good news to hear Saskatchewan will no longer be the province with the lowest minimum wage," O'Connor said.

O'Connor said that while the raise will help, it's still well below the amount required to help families cover their bills. She said that is closer to $16.50 an hour in most situations, and she would eventually like to see it go up even more.

"Although it will be a huge help for folks to make $15 and hour, it's not that living wage that allows folks to pay for all the things they need, including shelter and food," she said. 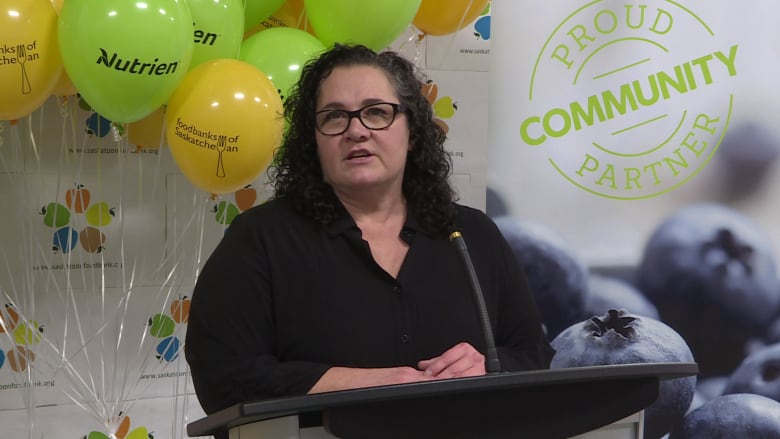 Laurie O'Connor, executive director of Saskatoon Food Bank and Learning Centre applauded the Saskatchewan government's decision to hike the minimum wage to $15 an hour by 2024, but says it's still not enough for many families to afford food, shelter and other basics. (Bridget Yard/CBC)

Business owners interviewed also said they have mixed feelings about the changes. Many have struggled to stay afloat during COVID-19.

High gas prices and inflation have made supplies more expensive.

But Ravi Dhabhai, owner of Saskatoon gym Anytime Fitness, said he knows many workers suffered too and agreed they should be able to earn a living wage.

"That's going to hurt us financially because after two years of COVID, we are still struggling," he said. "It is not a welcome change financially business-wise, but I believe personally it will be good for all of us."

He said the provincial government could mitigate the impact by making other changes, such as reversing a decision to impose provincial sales tax on gym memberships.

Sean Moon, manager of Saskatoon's Good Morning Carwash, also said their business has suffered during COVID. He agreed that there are positive and negative aspects of the changes.

"Yes, we had the lowest minimum wage, but our cost of living isn't as high as some provinces," Moon said.

"That said, people do need a higher minimum wage. I guess it's about finding a balance."